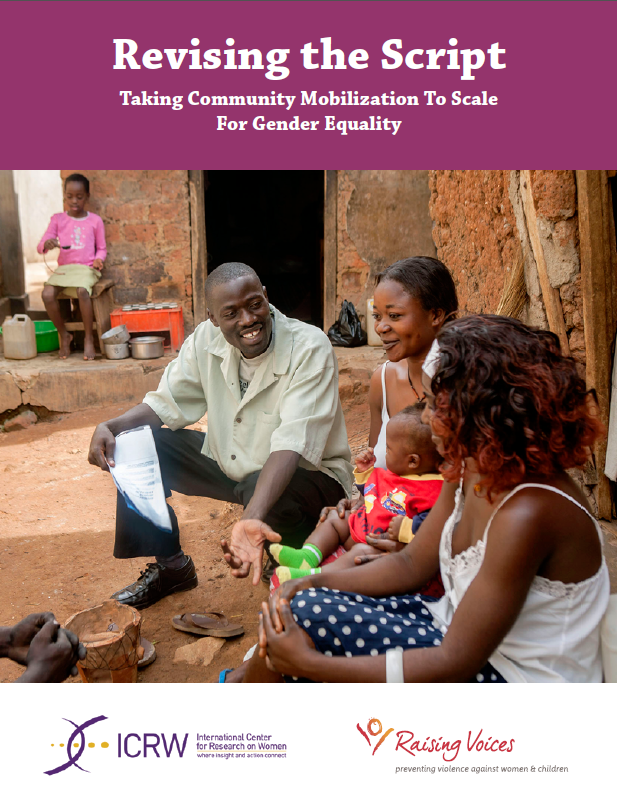 For those in the world of international human rights and development programming seeking to eliminate harmful social norms and practices at a global level, the steps to scale up seem relatively clear. Step one: Develop an innovative new approach to solve a pressing social problem. Step two: Prove the effectiveness of the approach through rigorous evaluation techniques. Step three: Having established the approach’s “evidence-based” credentials, share it widely!

Of course, this is a heavily curtailed presentation of this process, which includes many additional steps, stresses, and potentially decades of demands on program teams. But its essence is undeniably compelling all the same, even common sense. New innovations are needed to solve unsolved problems. These innovations can only be proven to be effective if they are subjected to high scrutiny. And if they do work, then perhaps there is even an ethical or moral obligation to share them widely. In the case of a new vaccine for a widespread infection, for instance, this central script is tried and true. Previously devastating diseases have become historical footnotes thanks to some variety of “innovate, evaluate, scale up.” But not all innovations are as easily replicable as vaccines, of course, and practitioners and scholars in the human rights and development world are starting to uncover particular challenges in trying to follow this script for their innovations.

This brief exploratory study aims to inform the nascent conversation about the challenges of applying the “innovate, evaluate, scale up” script in one compelling field of recent innovation: community mobilization approaches to address socially and politically sensitive issues, particularly but not exclusively intimate partner violence. Intimate partner violence, for instance, is different in important ways from many other development and human rights challenges. This form of violence rest upon unequal power among the genders, and the central importance of power to this challenge makes preventing this violence more of a political issue than, for instance, eradicating polio. If ending intimate partner violence almost certainly requires transforming historic and deeply held social norms and power structures, what exactly does “scale up” mean? Who could or should undertake it?

Secondly, community mobilization approaches are likely effective precisely because of certain factors – among them, leadership by local activists and a central message of re-imagining power in society – that are difficult to reconcile with the realities of the public or private sectors that may be best placed to operate “at scale.” Ministries of health exist at least in part to support large-scale efforts to eradicate diseases, for instance; at least as yet, national governments don’t tend to feature Ministries of Dismantling the Patriarchy or Ministries of Gender Justice!

The authors of this study recognized that, at the outset, very little about these precise dilemmas had been written. As such, we set out to answer three guiding research questions at the heart of these dilemmas, with a balance of literature review and conversations with programmers who had faced similar challenges:

1. How have implementers of community mobilization initiatives attempted to “scale up” their efforts to shift attitudes about intimate partner violence and other socially and politically sensitive issues?

2. To what extent have any such approaches achieved success and effectiveness in “scaling up” to a national, regional, or international level?

3. What are the most salient obstacles, challenges, and lessons that have emerged from prior efforts to take these community mobilization approaches to scale?
Lire l’article ici…