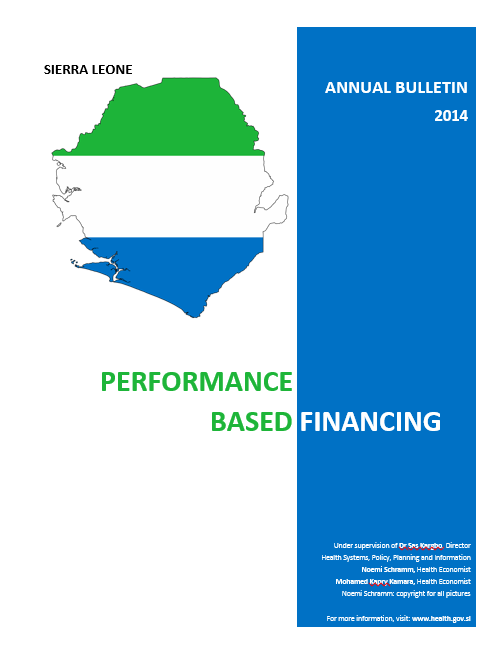 The PBF scheme was introduced nationwide in April 2011, following a year of Free Health Care (FHC). The FHC Initiative tackled the issue of user fees in accessing ser- vices, however, evidence emerged that supply (provision of health care services) did not cope with the increased demand (more users wanting to access services). In an attempt to increase the quality as well as efficiency of service delivery and also tackling informal fees at facility level, the PBF scheme was introduced at all 1200 PHUs with six quantity indicators addressing Reproductive and Child Health (RCH) and 10 quality indicators. A year later the two national referral hospitals for RCH, Ola During Children Hospital and Princess Christian Maternity Hospi- tal were added to the scheme. They are evaluated based on quality criteria.
The scheme is managed by the PBF Technical Team, sup- ported by the Health Financing Unit of the Ministry of Health and Sanitation. The verification teams in the dis- tricts are led by the District Health Management Teams and supervision and verification is done jointly with the local councils. Central level is verifying the two hospitals of the scheme.