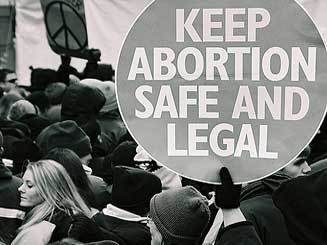 Meena, 17 year old went to traditional birth attendant to abort her pregnancy. As a treatment, the attendant inserted an herbal tree branch into her uterus which caused severe pain and heavy bleeding. Later, she came to know that she can never become a mother.

Like her, every year, around 572,000 women suffer from unsafe abortion in Bangladesh, showed in the research done by Guttmacher.

Bangladesh is dealing with the topic of abortion in different ways. In the history of Bangladesh, abortion was legal after liberation war for those women who had been raped during the war. Later in 1976, Bangladesh National Population Policy tried to legalize abortion for first trimester; however it did not work out, it was only legal when a woman’s life was in danger. Menstrual Regulation (MR) was introduced to the people of the Bangladesh in 1979. It has been practiced since then and Bangladesh government allows it over abortion. Still the country is under the penal code from 1860, which means induced abortion which is procedure to end pregnancy is illegal unless if the woman’s life is at risk.