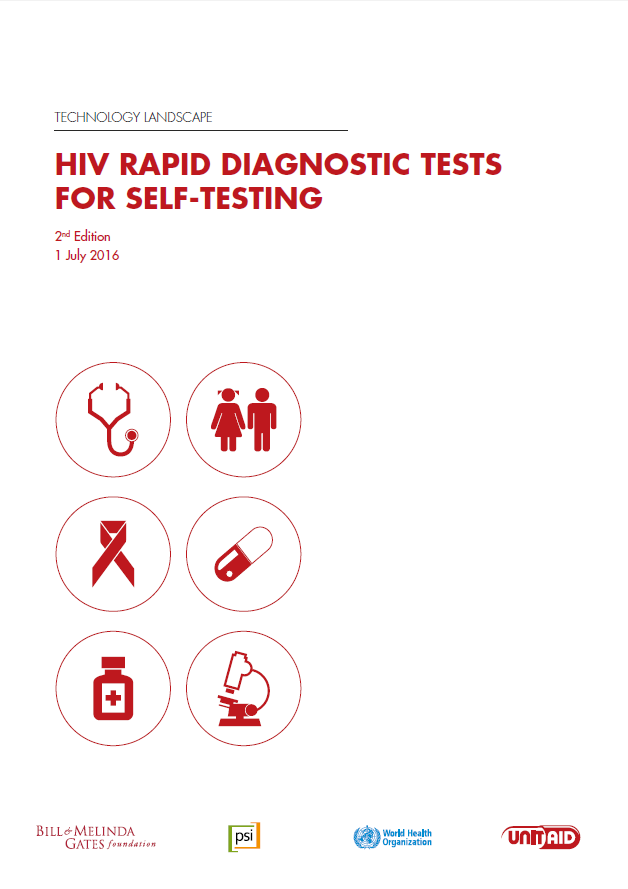 20 July 2016 – UNITAID and the World Health Organization (WHO) today released the second edition of the landscape report on HIV Self-testing which shows that 16 countries have adopted HIV self-testing policies, while many others are currently developing them. Released at the International AIDS Conference in Durban, the report summarizes latest technologies for HIV self-testing, including estimates for demand, supply, and pricing.